What's on your mind?

(Note: I don't know if what I wrote as the ending is even possible, I don't really care either. It is what it is, I'm using the power of imagination so nothing has to make sense.)

{Thanks and credit to BlueJayBlaze for helping make a title for my new chain of stories. I adapted it a bit more to fit the story.

An Enclave officer kneeled down and picked up a power armor helmet laying next to it’s matching suit, “Huh… What’s a suit of APA doing here? And these tesla coils are quite rare, the Enclave didn’t just hand out shocktrooper gear for free.”. The officer examined the suit more closely, the suit was different than most he had seen. Tesla suits were more of an experiment, not a working field armor. But just then, the officer knew where the suit came from. “This was Gannon’s power armor.”, a soldier next to him spoke, “Gannon? Isn’t he dead? Who or how else could have this suit end up here?”. “His son must have worn it here, or maybe one of Gannon’s squad members.”. The soldier responds, “Does that mean they’re alive?”. The officer speaks, “I know they are. Judah Kreger contacted me, said he and his squad were held up in the refueling station/bunker near Jacobstown. When we’re done salvaging data from this silo, we’ll head over there to meet up.”.

The Courier thought to himself, “So much trouble… All for something so small…”. He looked at the Platinum Chip, then made a decision. “I’m gonna go to the 38.”. Arcade and Ulysses looked at him confused, Ulysses said, “Why? What reason have you to go back?”. The Courier responded, “First off, aside from Jacobstown, the Strip should still be relatively safe. The Mk2 Securitrons were commanded to shoot anything on sight, no matter if hostile or friendly. Second, I need to talk to Mr. House.” Arcade replies, “You killed Mr. House, right?” “No, I put him in a coma. All I have to do is insert the Platinum Chip and type a few things in. Why kill such an amazing man when I could use him to my benefit? And if any Enclave people decide to show up, they could work with me and Mr. House to start rebuilding.”.

The Courier made his way through the hell that once was the Mojave. Marked Men avoided him, Ghosts would shuffle on by and ignore the Courier and Holograms would scan him a few times then move on. When he reached the Vegas Strip gates, he was greeted by the Securitron guardians, “Welcome back, Sir. Please return to the Lucky 38 for further operations.”. The Strip looked rundown. Abandoned and cold. Victor was still operational, which means House was too. “Howdy partner! Long time no see! I’d say the boss is waitin’ for ya, but I haven't heard anything from him in awhile. Maybe you should head up to the penthouse and see how he’s doing.”. The Courier made his way into the Lucky 38 and into the elevator, then up to the penthouse. He was greeted by Jane, then he continued down the stairs to the computer. “Alright, Insert the Chip, activate the reactor… Ease the energy flow slowly into the Antechamber… Deactivate the suppression protocol…”. After that, the lights of the lucky 38 turned on, flooding the room and tower with light, the Strip re-awoke as it too began to shine bright and music played once more. The combined light was so bright, it could be seen from miles away even through the harsh weather and the Cloud. Mr. House reappeared on the big screen and looked down at the Courier, “I thought you were going to kill me, why didn’t you?”, the Courier responds, “I knew I would need you in the future, so I chose to put you in a coma instead. You were right, House. You were right all along… Tell me, what do you know about the Enclave?”. Mr. House thought for a second. In all the contracts he made, when he built Liberty Prime… He remembered something about a so-called ‘Enclave’. He knew there was a devil that he was making deals with, but he never got to truly meet whoever owned the hand he always shook. “I knew they were the dark side of the U.S Government, I think I made a few deals with them regarding contracts and all the defense tech. The Enclave and Vault-tec helped build the Securitron vault as well. I know they survived the Great War like they said they would, trying to be a continuation of the American government. Some of the most powerful people, in fact. Would’ve been nice if they let me in on their business. Maybe I could have had control. Why do you ask?”, Courier replies, “Today's your lucky day, House. One of the higher ranking members of the Enclave are on their way to talk to you, maybe you two could start a nice mutual relationship?”. Mr. House had a better idea, “Is that so? Do you think they'd let me be… The President of the United States?”

This was House’s chance, to rule not just Vegas, but the whole nation. Wipe out all who opposed him, and rebuild America in the way he sees fit. And with the Enclave behind him and the Courier with his army of Securitrons, nothing could stop House. Autocratic-totalitarian control, limitless power, what more could he ask for?

The Courier had headed back to camp to give Arcade and Ulysses and update. Mr. House remained online. His screen glitched a few times, then went to normal. A nearby Securiton guard began to glitch, then moved in front of Mr. House. He tried to control it, but he had no power over it. The Securitron face flickered then changed to a gradient blackish-blue with a bright blue line in the middle going left to right. It said, “Robert Edwin House, it’s a pleasure to meet you. My name is Eden, John Henry Eden, and I think you and I will get along well…”.

(Anyone who helps me in any way will be credited and thanked, even if it's just a small detail, it really helps me get my work done and released faster)

{Pt 2 coming soon. If anyone would like to get involved with production or even help create some of the stories, just comment on this post or any others that come in the future. I don't have any other ways to communicate right now, so please put any ideas/suggestions and whatever else in the comments. Such content may or may not be used in the next story, but that doesn't mean or won't ever be used. It may be more suitable for a later part rather than right now.}

Nuka-World has it's own shit, like Nuka T-51, Quantum X-01, and Overboss. But what if Far Harbor had it's own special power armor, something that started as a regular suit but was patched up with the shells of Mirelurks and Fog Crawlers? And maybe once the Sole Survivor acquired that PA, they could learn a schematic of it to use on other PA to change their look to something Far Harbor-ish.

Far Harbor (add-on)Power armor
Yes.
No.
It is only enjoyable with friends, so no.

G'day everyone and welcome back to the weekly meme and discussionless image thread. Got a Meme? Post it here. Got Image with nothing much to say and just wanna share it here? Please post it here. 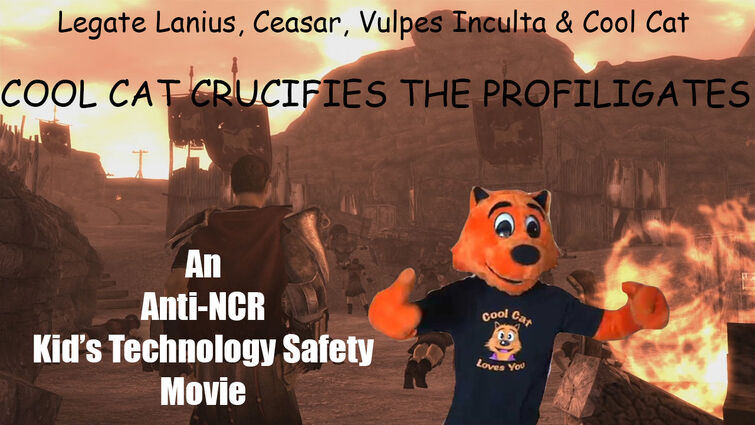 (edited by The Paddling Paladin) 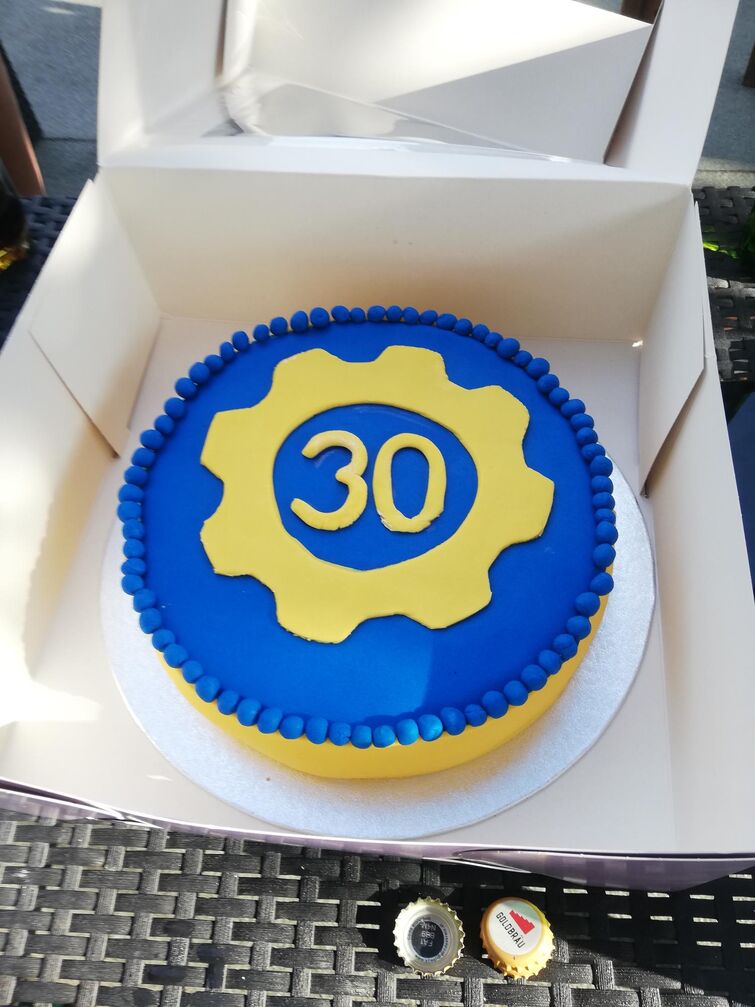 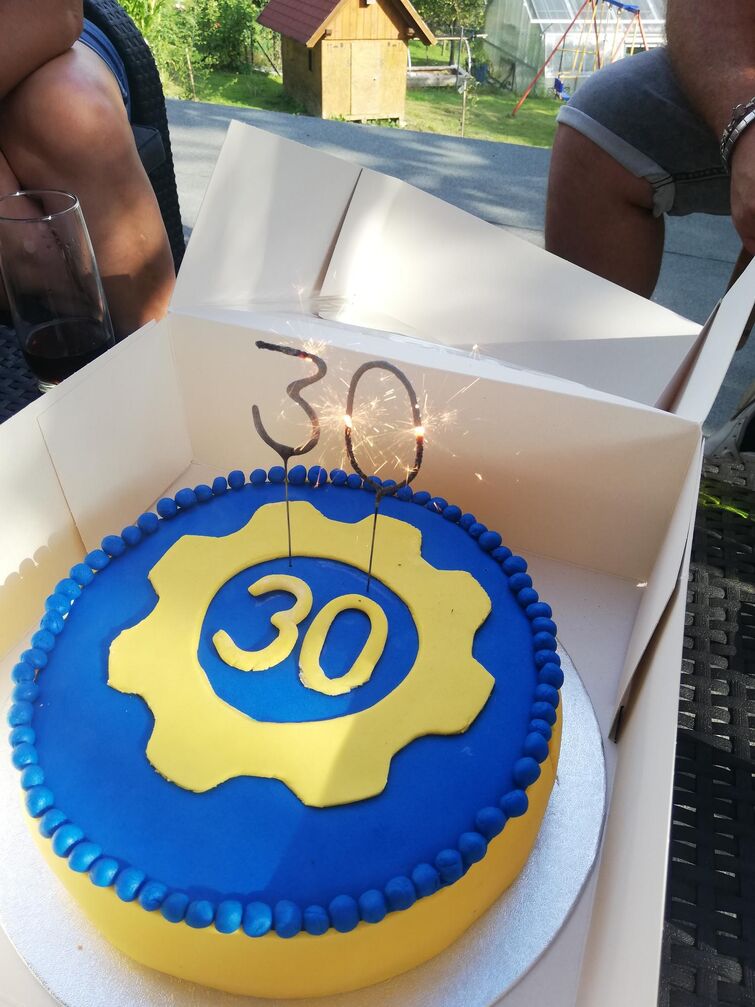 Hope it is Vault-Tek approved.

I've tried everything even uninstalling and reinstalling it. The game and dlc both. Even started a new game but for the last couple hours my dlc hasn't been loading into my game save. I was doing Operation Ancourage on a new character

Edit: I was in the simulation not still outside of it like the bugs page says

can I side with the minutemen and while doing the railroad quest to keep x6 as a companion or when I go toe to toe with the institute will he turn to? I know it works if you side with railroad but I seldom do minutemen

Crucifixion, slavery, murder of innocents, rape, pillaging. The main argument I've seen in their favor is that they're "better in the long run", but I haven't seen anyone justify them on an ethical level without sounding like an edge-lord. Am I missing something?

Why do people love the enclave so much? 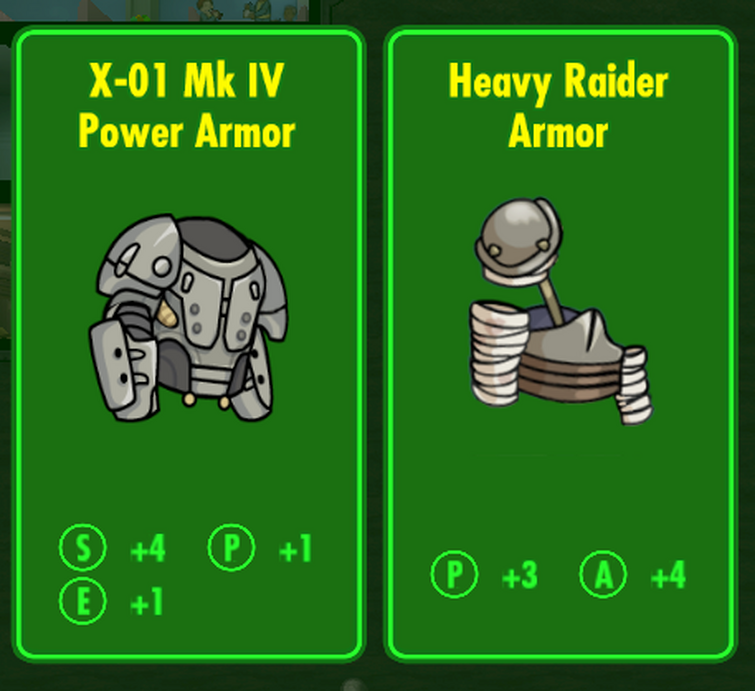 It's a another thing to do all the quest he gives you so he shuts up……..I did the latter multiple times.

I would love to see the new game set in Northwest USA. Like Seattle. I want to see rainy forests and snow in fallout. Perhaps even Alaska. We have already seen games set in destroyed metropolitans, deserts and mountains. Hence I think somewhere snowy should be the next setting . I would also love to see a 3D remake of the first two fallout games.

Probably an unpopular opinion but I like Fo4 better. It was the first Fallout game I had played and I replayed it over and over before I played any of the others. For Fo3 I couldn't get into it as much and it didn't help I was playing on ps3. It was a little short for me and the dlcs weren't as good as I anticipated. Obviously the graphics weren't the best and the whole scenery was kinda dreary (which is how it actually should be) for some reason that made it harder to zone into it. I probably need to replay it honestly. And last, I'm just plain bias on Fo4s part

This is sort of a random mess, but I really found it interesting.

They help your character out in the first half of the game. You can betray them to side with another group. They all don't necessarily choose a side at first.

Balgruuf takes a liking to you as soon as you meet him. He gives you authority after you accomplish retrieving an important item for him. Prefers one of the waring sides over the other, even tho he seems neutral.

Paarthurnax is mysterious and not met til later in the main questline. He is not what you'd expect. Very old and withered. He is opposed to an old faction that is in decline and in hiding, only the mission to kill the other is reversed.

Hey everybody, hope you’re having a nice Friday. I’ve been using the Real Time Settler mod for Fallout New Vegas, trying to make a couple settlements. I built some beds, crops, guard tower, wells, etc., and have a couple settlers. However, I can’t seem to figure out how to assign them to anything. When I say “let’s talk about your job” they say “I don’t have one” and there’s no more dialogue options to assign them to anything. What am I missing?