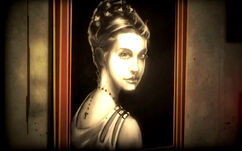 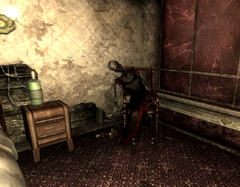 Sinclair worshipped the ground she walked on, and built the casino as both a monument to her and a fortress to protect her. Sinclair wasn't a stupid man; he could see the war on the horizon, and he wanted his love to be safe from it. So he built the Sierra Madre, with its vault as the ultimate nuclear fallout shelter, for him and his love. Vera's voice was the key to the casino's vault, specifically, the words "begin again" and "let go", spoken in her voice into a specific terminal in the casino would activate the elevator down into the casino's bowels.

Dean Domino, an old flame of Vera's, introduced her to Sinclair after seeing that she had caught his eye. But things are never simple. Dean had grown resentful of the other man and decided to take everything from him, and Vera had agreed to help with his plan. When she later started to get cold feet, he secured her assistance by blackmailing her with evidence of "indiscretions" and addictions to Med-X and Super Stimpaks. What he did not know was that the addictions stemmed from her taking the drugs as pain relief, a refuge from a terminal illness. Vera, eventually overcome with guilt, told Sinclair of the plot. Although he had long known of her and Domino's intentions, he had managed to bear that fact. But this knowledge blackened Sinclair's heart, and he turned the vault into a trap for Domino, making it impossible to leave so that he would have an eternity to contemplate his betrayal. Sinclair eventually relented, and attempted to return the casino to its original purpose, but this proved impossible - it had been built simply too well. He did what he could and hoped that after the doors to the vault locked, the Sierra Madre Broadcast, the casino's emergency signal, would bring help from the authorities and unlock the vault's treasure - Vera.

On the night the bombs dropped, the night of the Grand Opening, the casino locked its doors and its security systems activated. The holograms massacred the guests, and Vera was trapped in her room, with only one way out. She wrote her last words on the wall, and took an overdose of the chem cocktail which had both saved her from and caused so much pain already. A malfunction with the Emergency Broadcast, something to do with the Gala Event drawing power from the security systems to save money, caused the advertisement for the casino's grand opening to be sent across the airwaves, rather than the intended broadcast. For over two centuries, Vera's voice would act as bait, not for the rescue Sinclair had hoped for, but for potential treasure hunters, luring them to their deaths, urging them to come to the Sierra Madre - a place where they could begin again.

One of her songs, Begin Again, can be heard on the Bethesda Blog. It is performed by Stephanie Dowling and Justin Bell, with lyrics by Mikey Dowling and Chris Avellone. Other songs by her include Let the Bright Tomorrow in and Go to the Faraway. 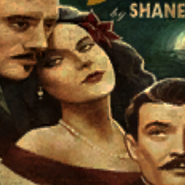