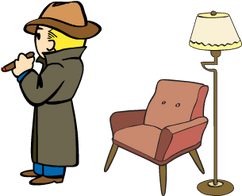 Mysteriöser Fremder will appear occasionally in V.A.T.S. to help you 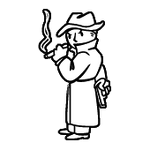 Only in hostile random encounters, there is a chance that the character will gain a temporary ally in a leather jacket (male with a male character and female with a female character), details depend on the PC's level.