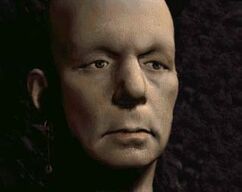 Mingan is one of three pre-made player characters available during character creation in Fallout 2.

Mingan's whisper-soft tread and acquisitive fingers have always aided his natural curiosity. Several years ago the tribe decided that Mingan's talents would be best used on someone else. Since then Mingan has been the tribe's most accomplished scout. Mingan is one of the most experienced tribesmen. From his early childhood he was obsessed with everything super-natural, from following the shaman's every step, to watching his strange rituals. Mingan's father wanted his son to become a great warrior, but his endeavor was futile and he soon gave up on him. Since then Mingan's sharp and tenacious mind has been constantly evolving, giving him the ability to perceive that which ordinary people cannot.

Mingan only appears in Fallout 2.