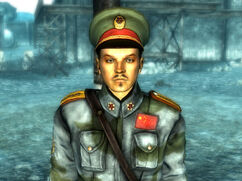 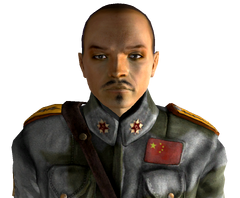 A cruel and effective taskmaster and a ruthlessly efficient tactician, General Jingwei leads the Communist forces in their sweep across Alaska, until stopped by U.S. forces near the city of Anchorage. Carrying a potent shocksword, Jingwei is a formidable foe who is prone to bouts of savagery and who demands unquestioning loyalty from his soldiers. He is a real menace but always fights with a sense of honor, however twisted his reasoning becomes.[1]