Playstation 3 - From the XMB navigate Game->Game Data Utility->Fallout: New Vegas->(X)->Delete->Yes. (NOTE: The size is ~4GB this is because this is all the game data that was installed when you first played the game. The patch downloaded from PSN was implemented with this data. You must delete all this data to remove the patch. The game will reinstall itself next time you load it up. This will NOT delete your game saves.) Doing this will not remove the pre-ordered content because the pre-ordered (DLC) is a separate file. After removing the game data and installing it again: When you attempt to load from a game save the game will warn you that you are missing content. Select yes on the prompt and you should be fine. (Remember do not install the update)

Xbox 360 - From the Xbox 360 Dashboard, go to the "System Settings" and select "Memory". From there highlight your Xbox's primary storage device (usually the hard drive, unless you are using an Xbox 360 Arcade unit, in which case you would select the on board memory). And press Y. From the next menu that appears, select, "Clear System Cache". Select Yes on the warning screen that appears, and you're all done!

UPDATE! It appears that the Xbox 360 process has changed. This was discovered on a normal 360 (not Arcade or Slim). Clearing the system cache did nothing. To delete the actual patch you would to go to System Setting > Memory > primary storage device > Games > Fallout New Vegas and delete "Fallout New Vegas title update #4". When you start up the game again you will be told that there is an update to the game and if you opt not to download it now you will be signed out of Xbox Live. Then, when you try to load your saved games, you will get an error stating that the game relies on content that is no longer available and an option to back out of the load. Side Note: Looking on the Bethesda boards found that you can clear the game cache [1] by holding both bumpers and the "X" button while the game loads, and this helped some loading/freezing issues.

Video on how to remove this patch on Xbox 360 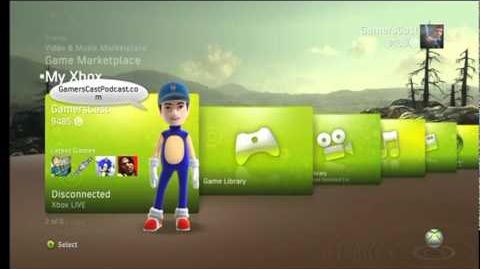