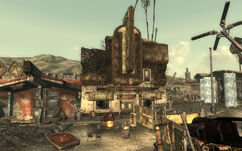 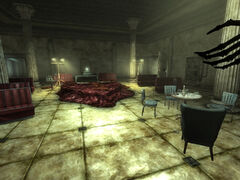 Eulogy's Bude ist in altes Theater in Paradise Falls which has become the home of Eulogy Jones and his two female slaves Crimson and Clover. It consists of one interior section.

The pad's ground floor consists of two rooms as well as a staircase leading to the upper level. The first room serves as an entry area leading to the larger main room which contains a large heart-shaped bed at the center, a silver screen and projector as well as several tables. Eulogy's terminal is located here. 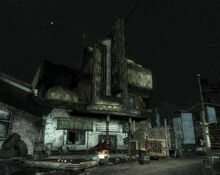 It's glowing in the dark! 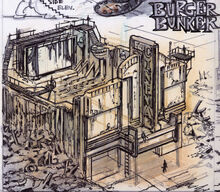