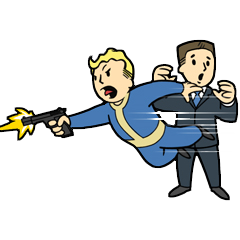 This quest completes or fails in tandem with You'll Know It When It Happens. Protecting President Kimball requires that either three assassination attempts be stopped, or he is forced to end his speech early. Once either objective is met and House is informed, the quest will be complete.